Magnanimous in Victory, Gracious in Defeat

Donald Trump has won the election and will be the next president of the United States.  Some people reading this will cheer, thump their chests and know they were right.  Others will feel deep sorrow and loss.   Some feel overwhelming fear. 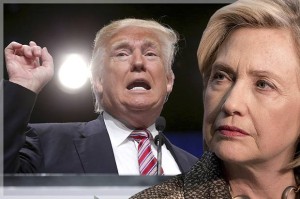 Our country has been through a social war.  This war has pitted friends and family against each other.  This fight has opened a huge divide between otherwise loving and considerate people.   Both sides in this war have felt attacked and made wrong.  It has become vicious and hurtful.   We have lost sight of when or how the war started, but continue to fight even after one side has claimed victory.

When it was looking good for the Blue team, the Red team was proposing revolution and anarchy.  Now that the Blue team lost, some are making similar noises.  Both sides are literally scared to death of the prospect of living in the world they see on the other side.

Each side is using what it can to show the other how stupid they are.  Each side forgetting civility … which is understandable in war.   We have been at war… the 2016 civil war.   Both the Red and the Blue are afraid of their very lives being taken from them.  Both feel that they don’t have a place in the other’s world.  Yes, Red is afraid of losing their lives, their jobs, their freedoms… just like Blue is afraid of being targeted for not being a straight white male (I have clearly oversimplified the issues here… issues aside, both sides are scared to death.)

Now here is the thing.  It isn’t likely that any time soon, one side will suddenly realize that the other side was right.  It isn’t going to happen.  People are not going to change ‘sides’ in this fight.  Think about that.   We will never convince the other 1/2 of our country that our reality is superior to theirs.   They will NOT see it your way.  Otherwise good, loving people *seem* to be mean and ignorant … delusional at best.  “Seem” is an important word in that last sentence — because it isn’t true, it just looks that way from where YOU are standing.

So what does that mean?   Are we destined to have our country, communities and families divided?  Do we have to raise our own personal walls against each other — restrict our exposure to only those that see the world as we do?   Do we need to protest, strike, fight some more, until everyone sees eye to eye?   It is NOT going to happen… when fear rises, when survival drives us, we will climb over each other to save ourselves.  Make no mistake, that is what has been happening.  When fear drives us, we protect what we are afraid of losing at all costs.  YES WE DO.

When I first started couples counseling, my marriage was in a desperate state… I was in a desperate state.  Years of fighting had generated so many injuries and grievances that we never looked underneath the injuries to see what the core issues were.  By focusing solely on our grievances all we did was create more damage.  We had two completely different worlds of suffering that our partners couldn’t enter.  We were both powerless to create the life we wanted, and resorted to force in an attempt to get it.  Learning how to fight without hurting each other was a relationship saving skill!

We don’t know how to do that.  When we can’t have our way, we toss trash around … and that trash is added to our disagreements.   We stop looking at issues and start focusing on trash.  We fight dirty.  We call other people’s character into question.  We gathered evidence to prove how wrong the other was — we both had plenty of evidence.  But that is the cost of war.  There are always atrocities on both sides.  We are always justified because we didn’t start it … right?

BTW, when our constitution was created by our founding parents, they didn’t agree with each other.  They fought a great deal about how the country should look and how it should work.  There wasn’t some aha moment when they all came together and crapped out our constitution.  No, the constitution exists as proof that people can have serious disagreements and still create a more perfect union.

Whether you are on the Blue team or the Red team, we need to stop tossing trash.  It’s time to bring civility back … regardless of what the other side is doing.  We are not in charge of what the media does, but we are in charge of the trash we create or share into the world.

For many, the election feels like the end of possibilities and the end of the world as you know it.  But consider that sometimes, we need to break something so that it can come back together in a way more perfect than it was before.   Believe me, I didn’t vote to break the system — but perhaps now that it has been shattered, we can really fix what we all knew was broken all along.

It is time to stop focusing on what we are afraid of.  It is time to accept the mess we have all created in being at war with each other.  It’s time to put the last 2 years behind and move on to something better than was possible before.   One team’s way isn’t better than the others’.   But if we don’t find win-win solutions then we will be destined to have lose-lose ones.

I am not suggesting that we fall asleep and hope for the best.  Sleeping is what put us all in this mess in the first place.  But we must stop proving how wrong the others are.   We must start seeing how we are the same — while of course, standing for what is right.

But first we need to move off of our war footing with each other, and move towards growth, prosperity, possibility and mostly civility.   Without civility, we will never find our way out of the darkness.

Please pledge to stop spreading hate.  Stop protesting or gloating.  Stop fighting dirty.  Stop proving how right you are.   Pledge to build something rather than tearing things down.   Let your social media be an ambassador for good not fear and hate.

Love and blessings to you, to your families, to our country and to the world!

For those in mourning or loss, please take your time.  This article isn’t intended to push you towards healing or resolution.  We simply need to stop trashing the place where we live…

6 Responses to Magnanimous in Victory, Gracious in Defeat